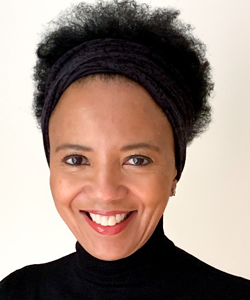 She earned her undergraduate degree from Cornell and her M.D. from the Yale School of Medicine. Her Internal Medicine residency at Boston City Hospital was followed by a fellowship in Infectious Diseases at Montefiore/Einstein. After fellowship she worked at Harlem Hospital in the ID Division until she moved to NC, where she was Associate Chief for Science in the NC state health department’s Communicable Disease Control Branch before joining the University of North Carolina School of Medicine’s faculty in the Division of Infectious Diseases.

Her research focuses on the epidemiology of HIV and STDs among minority populations.  She has led a variety of studies, including community-based studies, clinical research, secondary analyses of large databases, and a population-based case-control study of risk factors for heterosexual HIV transmission among African Americans. Her work has demonstrated the importance of sexual network patterns and critical contextual factors, such as poverty and racism in establishing and maintain racial inequities in rates of HIV and other sexually transmitted infections in the United States.

She is Principal Investigator of the UNC site of the Multicenter AIDS Cohort Study-Women’s Interagency HIV Study Combined Cohort Study (MACS/WIHS CCS). She has served as Chair of the HIV Medicine Association and also served on the NIAID Advisory Council, the Presidential Advisory Council on HIV/AIDS, the DHHS Antiretroviral Guidelines Panel, and the International AIDS Society’s Governing Council. She has testified to the US Congress about drug pricing and about incarceration’s role in the epidemiology of HIV among Black Americans. In 2019 she was elected to the National Academy of Medicine.