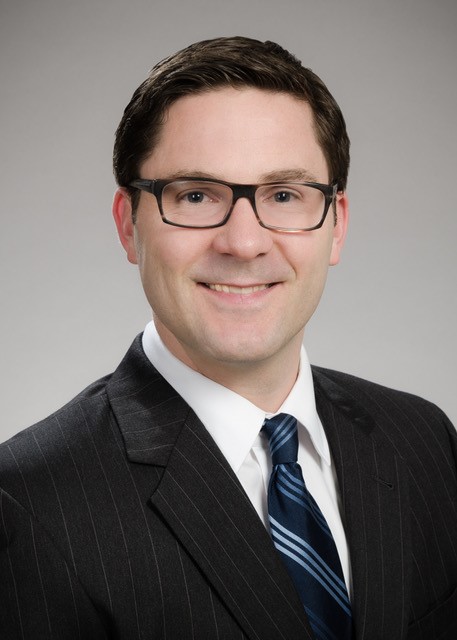 One of the hottest debates in HIV clinical medicine is whether the latest antiretroviral therapy (ART) agents (dolutegravir, bictegravir, and tenofovir alafenamide [TAF], primarily) lead to excess weight gain compared to other classes of ART or older agents that are no longer used “first line.” A more detailed understanding of weight gain and metabolic risks after ART initiation may affect counseling about initial regimen choice.

A recent analysis in Clinical Infectious Diseases delivers some of the strongest data on this topic to date. Investigators evaluated pooled data from eight randomized controlled trials of ART for treatment-naïve people with HIV (PWH). In a final cohort that included over 5,000 individuals and over 10,000 person-years of follow-up, median weight gain was 2.0 kg (interquartile range, -.9 to 5.9), most of which occurred during the first year of ART. Importantly, participant weight gain varied; some did not experience any weight change and 30 percent actually lost weight.

Predictors of any weight gain or weight gain of more than 10 percent of body weight were similar in the multivariate model. The strongest predictor was pre-ART CD4 count, especially levels below 200 cells/mL; higher baseline HIV RNA and presence of an AIDS-defining condition were also associated with weight gain. Other predictors included black race and female sex (the greatest weight change occurred in black female participants, followed by black male participants), which the authors note reflects overall U.S. obesity trends.

My take: Many PWH gain weight during the first year of ART, some of which stems from an expected (and desired) return to health. A proportion of individuals continue to gain after the first year of ART and may surpass their ideal healthy weight. Demographic factors and complex social determinants of health certainly play a role. It remains unclear whether an individual’s weight trajectory would be different with an alternate initial ART regimen choice and whether the incidence of long-term metabolic outcomes vary by agent with modern ART. Preferred ART options may lead to greater weight gain due to improved tolerability and increased caloric intake, but this is difficult to confirm. Direct, off-target effects of certain agents seem less likely.

Notably, the composition of the weight change with modern ART remains unclear (is it primarily fat or non-fat lean mass, peripheral or visceral, generalized or central?), which affects risks for complications like metabolic syndrome or non-alcoholic fatty liver disease. The current analysis provides important insights and helps resolve the debate, but we need more study to answer these lingering and clinically impactful questions. 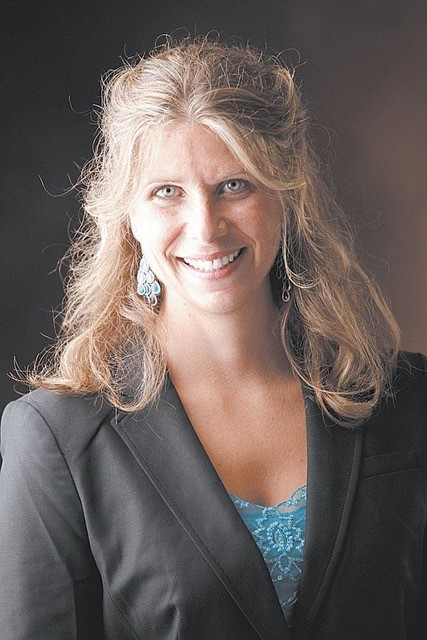 Traditionally, the focus of antimicrobial stewardship programs has been inpatient encounters with primary clinics a distant second. A mostly-untapped area is the rapidly expanding urgent care (UC) arena, which has the highest percentage of visits resulting in antibiotic prescriptions as well as the highest rate of inappropriate prescribing for respiratory tract infections.

The authors suggest targeting not just Tier 3 diagnoses but also Tier 2, with education on when to prescribe antibiotics and which antibiotics should be first line. They also highlight the success that peer-comparison stewardship interventions have had in primary care, where physicians can see how their antibiotic prescribing habits rate among an anonymous pool of their peers. UC providers may benefit from similar interventions. Importantly, patient satisfaction did not vary that greatly, which may offer some reassurance to providers. 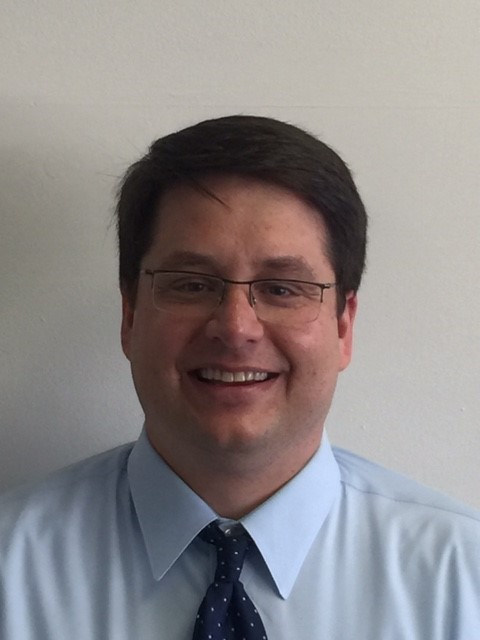 Managing the Urban HIV Epidemic in the United States: More Than the Status Quo Needed

The scientific and medical communities have made tremendous strides in the past quarter century in developing effective treatments for HIV infection. However, fully implementing these treatments and other preventive strategies to the point where an end to the epidemic in the United States is in sight has so far been elusive.

A modeling study recently published in Clinical Infectious Diseases poses a provocative question: What will the HIV epidemic look like in 2030 if the current status quo is maintained in terms of access to HIV treatment care and prevention services? The authors created a dynamic, compartmental HIV transmission model for six U.S. cities: Atlanta, Baltimore, Los Angeles, Miami (Dade County), New York City, and Seattle (King County). The model captured heterogeneity in risk of HIV transmission, age, and disparities in access to care and preventive services, examining 1,667 parameters for each city derived from 11 primary database analyses, 59 peer-reviewed publications, and 24 public health and surveillance reports.

Across all six cities, overall population-weighted HIV incidence, as compared to 2020, was estimated to decrease by 3.1 percent by 2025 and 4.3 percent by 2030, but variation was high in both 2025 (range from 0.6 percent increase in Los Angeles to 12.2 percent decrease in New York City) and 2030 (5.2 percent increase in Atlanta to 19.7 percent decrease in New York City). Particular factors that affected incidence included strong political support and treatment scale-up in New York City; enhanced prevention efforts among young men who have sex with men (MSM) in Seattle; a decline in HIV incidence in black MSM in Los Angeles (due in part to epidemic saturation) that is offset by increases in HIV incidence among white and Hispanic MSM; increasing incidence among Hispanic MSM in Miami and Atlanta; and a shift in Baltimore’s HIV epidemic to younger black and Hispanic MSM.

This study depicts the HIV epidemic in the United States as a complex aggregation of micro-epidemics, at least in the urban setting. It serves as a powerful wake-up call that more needs to be done if an end to the HIV epidemic is going to occur in our lifetime. 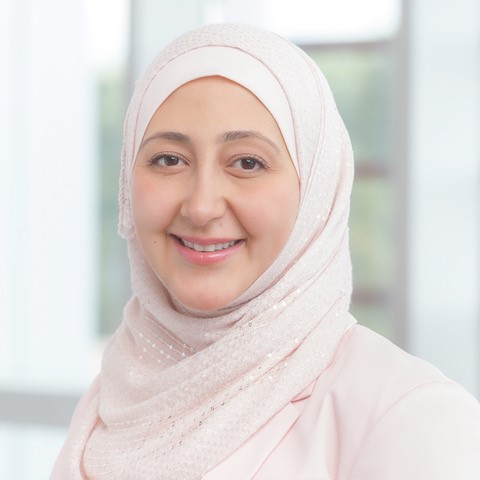 Should We Add Daptomycin to β-Lactams in the Initial Treatment of Methicillin-susceptible S. aureus Bacteremia?

Despite the availability of active antibiotics to treat Staphylococcus aureus bacteremia (SAB), controversy still exists regarding the optimal antibiotic strategy and whether combination antibiotics improve outcomes. In small clinical studies, a possible benefit was observed by adding daptomycin to β-lactams in the treatment of SAB. However, the numbers of methicillin-susceptible S. aureus (MSSA) cases in these studies, published in Antimicrobial Agents and Chemotherapy and Clinical Therapeutics, respectively, were small.

In a larger cohort, recently reported in Clinical Infectious Diseases, Grillo et al. retrospectively reviewed adult MSSA cases at a single tertiary hospital to examine the impact of combining β-lactam therapy with daptomycin (BL/D-C) on mortality compared to β-lactam monotherapy (BL-M). BL/D-C therapy had to be administered for ≥ 72 hours in the first 4 days of treatment. Among 350 cases of MSSA bacteremia, 136 (38.8 percent) received BL/D-C and the rest received BL-M. Patients in the BL/D-C group were more likely to have endocarditis, more severe disease, and persistent bacteremia. Despite those differences, there was no significant difference found in 7-, 30- and 90-day mortality between the two groups. After propensity score matching, the difference in mortality remained non-significant. Subanalysis of patients with high-risk sources (endocarditis and unknown) also did not show significant difference in mortality between those who received BL/D-C or BL-M.

In this relatively larger cohort of patients with MSSA bacteremia, combination therapy with daptomycin and anti-staphylococcal BL failed to show survival benefit compared to BL monotherapy. Although it had a retrospective design, propensity score matching was used to try to minimize selection bias. The study results highlight that, in addition to appropriate empiric therapy, mortality in SAB is also driven by other factors such as severe disease, host comorbidities, and adequacy of identifying and controlling the source. A randomized controlled trial is underway in which the effects of adding daptomycin to β-lactams in MSSA bacteremia are being studied.