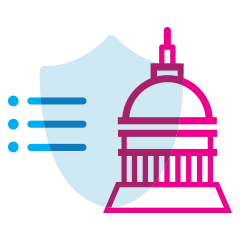 In a recent joint statement, the leaders of IDSA, HIVMA, SHEA and PIDS warned of the consequences to individual and public health of continuing “zero-tolerance” border policies and of large scale detention of thousands of weakened and vulnerable individuals.

“The separation of immigrant families at our borders has run counter to principles of promoting wellbeing and preventing disease, as well as of prioritizing compassion, empathy and the best interests of children that must be part of any healthy society,” the statement reads.

“Basic practices of hygiene and infection prevention have already been demonstrated to be lacking, with reported outbreaks of chickenpox as well as scabies and other infections among those detained, indicating just some of the potential for widespread transmission of illnesses the policy has created. The possibilities for the spread of tuberculosis and other airborne diseases, including measles, as well as vector-borne illnesses, including ones resistant to antibiotics, continue to concern us.” Read the full statement online.