Click here for the previous edition of Journal Club. For a review of other recent research in the infectious diseases literature, see “In the Literature,” by Dr. Stanley Deresinski, FIDSA, in each issue of Clinical Infectious Diseases. 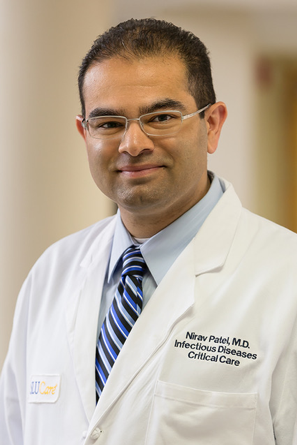 Can We Shorten Duration of Therapy for Osteoarticular Infections after Implant Removal?

The study was randomized but not blinded and included adult patients who had complete removal of their infected implant. The investigators excluded patients with native joint infection, endocarditis, as well as specific organisms requiring prolonged therapy, such as mycobacteria and fungi, amongst others. Patients were randomized to receive either 4 weeks or 6 weeks of targeted antibiotic treatment.

One hundred and twenty-three patients were included in the study. The duration of intravenous antibiotic therapy after explantation was a median of 4 days. Ninety-eight percent of patients were considered cured microbiologically and 94 percent cured clinically after a median follow-up period of 2.2 years. Recurrence of infection occurred in four patients in the 4-week treatment arm and three patients in the 6-week arm, which was non-inferior. Of note, amongst the seven recurrences, four patients had different organisms causing recurrence, likely representing new infection, but were considered treatment failures from a study perspective. Median recurrence in both arms occurred at 55 days after discontinuation of antibiotics.

While the overall cure rate demonstrated in this study is higher than others reported in the literature, 31 percent of the patients had immunocompromising conditions and 40 percent had active psychiatric comorbidities, suggesting that the results that could be generalized to larger patient populations. Furthermore, only a short course of post-explant parenteral therapy was utilized, with a large number of patients receiving oral therapy for their treatment, all while retaining good outcomes. This study not only demonstrates non-inferiority between 4 weeks and 6 weeks of therapy, it also supports the use of enteral antibiotics for these infections. 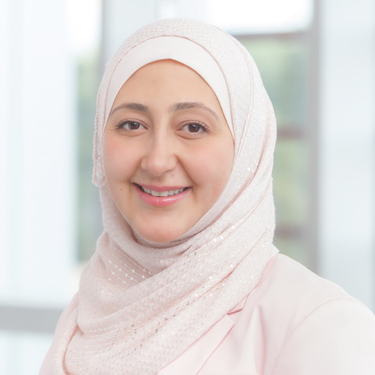 Finding effective prevention strategies against herpes zoster (HZ) disease in the severely immunocompromised is a vital step towards improving the care of such patients. Two trials published in Lancet Infectious Diseases reported the results of using two different non-live HZ vaccines in patients diagnosed with cancer.

The first is a phase III study of the efficacy and safety of an investigational HZ vaccine inactivated by gamma irradiation (iHZV) in patients diagnosed with hematological malignancies or solid tumors receiving chemotherapy. Subjects were randomly assigned to receive four doses of iHZV or placebo once a month. During a prespecified interim analysis, enrollment and vaccination of the hematological malignancy participants were terminated early, since the iHZV did not reduce the incidence of HZ disease (estimated vaccine efficacy [VE] of 16.8 percent). In the solid tumors modified-intention-to-treat population (those who received at least one dose of the vaccine; 98.7 percent of the 2,712 enrolled subjects) followed for a mean of 2.45 years, the vaccine considerably reduced the incidence of confirmed HZ disease, which occurred in 22 subjects in the iHZV group (6.7 per 1,000 person-years) versus 61 subjects in the placebo group (18.5 per 1,000 person-years). The estimated overall VE in the solid tumor malignancy arm was 63.6 percent, although there was evidence that VE waned over time (80 percent in the first year versus 40 percent after 1 year). Serious adverse events were similar but vaccine-related injection site reactions were more common in the iHZV groups.

The second study evaluated the immunogenicity and safety of the recombinant subunit HZ vaccine (rHZV) in adults diagnosed with hematological malignancies. Patients were randomized to receive two doses of rHZV or placebo, separated by 1-2 months. Cell-mediated and humoral immune responses were measured in study participants at baseline and fixed intervals for up to 12 months from the second dose (month 13). Starting at 1 month after dose 2, cell-mediated and humoral immune responses were markedly higher in the vaccine group compared to placebo and persisted higher than baseline until month 13. Local injection-site pain was more common in the rHZV (79.5 percent) compared to placebo group (16.4 percent). Serious adverse events and immune-mediated diseases were similar. Over a median follow-up period of 11.1 months, HZ disease occurred in two participants in the rHZV group versus 12 in the placebo group. Post-hoc analysis of estimated VE was 87.2 percent (HZ incidence of 8.5 per 1,000 person-years versus 66.2 per 1,000 person-years in the vaccine and placebo groups, respectively). 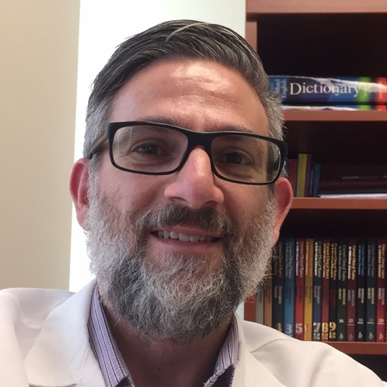 Although urine cultures from catheterized patients commonly exhibit growth of one or more organisms, this finding alone does not signify a catheter-associated urinary tract infection (CAUTI). Yet, these positive cultures often lead to the prescription of an antimicrobial, which could lead to a cascade of potentially harmful events. Various guidelines have, therefore, been developed for appropriate practices in this regard.

In a recent study in Open Forum Infectious Diseases, researchers assessed knowledge and practice patterns of physicians and nurses related to urine cultures in catheterized patients. Spanning 24 months across three hospitals in the Yale New Haven Health System, expert chart reviews were used to assess practice patterns. Eighty-six percent (159 of 184 episodes) of urine culture orders were for inappropriate indications. Despite alternative reasons for fever or clinical instability, 62 percent of episodes still led to collection of urine cultures. In 11 percent of episodes (n = 20), anchoring to a diagnosis of CAUTI likely led to patient complications (delayed management of other infections, adverse drug reactions, or C. difficile infection).

Utilizing a previously validated survey to assess knowledge, the majority of physicians and nurses were unable to identify appropriate indications for ordering cultures in catheterized patients based on IDSA’s 2009 CAUTI and 2005 asymptomatic bacteriuria guidelines. This trend was more prevalent in the community medical center (compared to the tertiary care center) and amongst the nursing staff (compared to physicians and physician trainees). Notably, instead of an evaluation directed by symptoms, the approach of many physicians to a febrile patient with leukocytosis or hemodynamic instability included pan-culturing.

Although a retrospective study, this helps us better understand some of the root causes of the gap between guideline-recommended and real-world practices. While “pan-culturing” has been anecdotally considered appropriate, it is not a practice style rooted in evidence. A multi-pronged approach, as the authors suggest, may be necessary to tackle this discrepancy. Of interest, the authors plan to develop an educational curriculum and an electronic medical record-based integrative decision support tool intended to reduce inappropriate ordering of cultures and, thus, unnecessary treatment.