Academic Medicine: "The Process of Exploration and Discovery is Extremely Rewarding"

ID divisions are represented in every medical school in the United States and in many private hospitals. Medical faculty such as Dr. David Relman often enjoy a rewarding mixture of research, teaching, administration, and clinical practice. 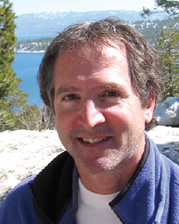 David Relman, MD, credits his interest in ID with several influential mentors early in his career—and an eight-month stint in Bangladesh during his medical training that made him keenly aware of the interconnectivity between human and microbe. “It was there that I really came to realize the uninterrupted connectedness between communities of organisms and communities of people,” he explains. “There are domains of life that are far afield from our own, yet they are inherently relevant to our day-to-day societal issues. I realized that this connection between the microbial world and the human world was what ID was all about.”

Dr. Relman received his doctoral and postdoctoral clinical training in infectious diseases at Harvard Medical School and Massachusetts General Hospital, respectively. After a postdoctoral fellowship in the laboratory of Stanley Falkow, PhD, at Stanford University, he joined the faculty at that institution. He is currently the Thomas C. and Joan M. Merigan Professor in the Departments of Medicine, and of Microbiology & Immunology at Stanford University, and serves as Chief of Infectious Diseases at the VA Palo Alto Health Care System. Dr. Relman is also Vice-President of IDSA (2010-2011).

Overseeing a highly regarded lab, Dr. Relman’s research and expertise cover the areas of the human microbiome and human microbial ecology, as well as microbial pathogen discovery and microbial pathogenesis. He has pioneered the development and application of broad-range molecular methods for microbial identification and characterization of the human indigenous microbiota, and has identified several previously uncharacterized microbial agents of disease. And if that weren’t enough, this former MTV medical correspondent also volunteers his time providing free medical care at concerts through the Haight-Ashbury Rock Medicine program. “Don’t get me started on the dangers of mosh pits,” he quips.

Dr. Relman describes his career in academic medicine as both challenging and rewarding. “The challenges include splitting time among many different areas,” he says, including running his research program, problem solving, presenting work at meetings and conferences, running the ID clinic at the hospital, and teaching. “But I find the process of exploration and discovery in infectious diseases to be extremely rewarding.”