Industry: "A Meaningful Difference in the Lives of Patients"

The demand for medical personnel in the pharmaceutical industry is projected to grow by more than 40 percent over the next decade. In order for drug manufacturers to develop or improve anti-infective agents, they need to employ infectious diseases specialists like Dr. Clarence Young. 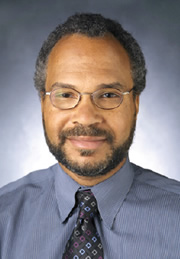 When Clarence Young, MD, began his career in infectious diseases, he didn’t picture a future where he’d be helping to develop groundbreaking new drugs in the pharmaceutical industry. He was drawn to the field because of the reverence he had for ID specialists. “As a medical student, what really sealed the deal for me was that ID clinicians stood out as the consummate internists,” he recalls. “They had this encyclopedic knowledge of infectious diseases. They could synthesize very complicated cases in a thoughtful way and address complex issues confronting the management of a particular patient.”

“The research I was doing at that time was in an area of quantitative protein biochemistry,” he says, adding that it honed his ability to articulate complex ideas in a way that individuals without medical or scientific backgrounds could understand. “I began to think that the skill set I had would be a good match for an industry role in research and development. I realized that there was a huge opportunity to serve as a bridge—to take observations made in the laboratory and help translate those findings into the development of medicines that could really make a meaningful difference in the lives of patients.”

Dr. Young joined GlaxoSmithKline in 1994 and spent 12 years at the company, reaching the post of vice-president and clinical head for anti-infectives. He enjoyed many successes during his tenure, including major advances in the treatment of genital herpes, bacterial infections and hepatitis B. In 2006, he left GlaxoSmithKline to become chief medical officer at Protez Pharmaceuticals, a developer of new antibiotics for hard-to-treat infections. Dr. Young says his greatest satisfaction comes from the knowledge that his work is helping to improve people’s lives. “The work that we do is very meaningful, because it’s making a difference in the management of patients,” he says. “And that’s very gratifying for me.”