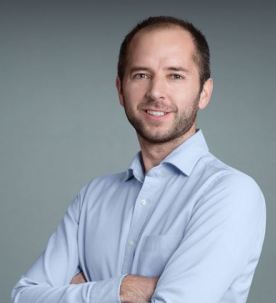 A substantial rise in injection drug use among young people in the U.S. has been followed by a significant increase in new hepatitis C virus infections, with cases of acute HCV increasing eight-fold between 2012 and 2019 among people 20-29 years old, according to the Centers for Disease Control and Prevention. A recent article in Open Forum Infectious Diseases described a pilot clinical trial of a rapid-treatment intervention for HCV among this population in New York City. With World Hepatitis Day approaching on July 28, with the theme “Hepatitis Can’t Wait” for this year’s observance, study author Benjamin J. Eckhardt, MD, MS, responded to several questions via email about the findings and current barriers to HCV treatment. He is an assistant professor in the Division of Infectious Diseases and Immunology in the Department of Medicine at New York University School of Medicine.

Why did you and your co-authors focus on this specific population?

Our study focused on young people (18-29 years old) who inject drugs for two reasons. First, this population is the demographic of people who inject drugs that has the highest incidence of new HCV infection, yet due to their lack of other comorbid conditions, are the least likely to have regular medical care.

I think there are several populations that could benefit from rapid HCV treatment initiation, and they broadly fall into three categories: (1) those with less health care engagement, (2) those who will be finitely engaged in health care (i.e., prolonged hospitalization for severe infection or mental health reasons, incarcerated or in community supervision, or long-term residential drug treatment) and (3) those at high risk for virus transmission (high-risk injection drug behavior and high-risk sexual behavior).

What are some of the barriers to HCV treatment for this population?

People who inject drugs face multiple barriers to successful treatment including mistrust within the medical system, explicit sobriety requirements from insurers and a lengthy prior authorization process, which necessitates extensive medical workup (often without clinical rationale) before initiating treatment.

What did the study find?

This study demonstrates evidence in support of a rapid, simplified HCV diagnosis and treatment initiation model in low-threshold settings to better engage young people who inject drugs. Same-day medical evaluation and rapid direct antiviral therapy initiation upon HCV RNA confirmation were well accepted and resulted in significantly higher rates of treatment initiation and cure in the study’s rapid treatment arm than in the active control arm of patient navigation.

What’s next for this approach to starting HCV treatment?

One of the biggest challenges to rapid HCV treatment initiation is the structure of our health care system. I am reminded of a lyric from Sierra Leone’s Refugee All-Stars (and also an African proverb), which states, "When two elephants are fighting, the grass always suffers." Basically, HCV-infected individuals who may be cured of their infection with easy access to direct-acting antiviral therapy are continuing to struggle as the two elephants in the room (pharmaceutical companies and insurance companies) continue to fight back and forth, developing pricing and authorization strategies with the main goal of maximizing their profits — often at the expense of patients.

The science exists; these medications are safe and effective. There is no need for prior authorization or restriction to specific specialty pharmacies (which are often out of state). These strategies are employed simply to deny care and maximize profits.

Is there anything else you would like to highlight about this research or this topic more broadly?

I think one of the take-home messages is that rapid treatment should not be considered innovative. When a pathogenic infectious disease is diagnosed, and well-tolerated curative therapy is available, treatment is typically not delayed. In HIV, rapid antiretroviral initiation has been shown to improve engagement, increase rates of virologic suppression and reduce mortality. For that reason, U.S. national guidelines now recommend rapid ARV initiation “immediately” or “as soon as possible” after diagnosis.

One limitation to wider implementation continues to be the lack of FDA-approved rapid confirmatory testing — testing which is approved and available in other countries.